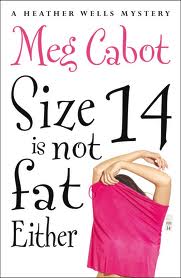 A series of Meg Cabot books about Heather Wells, a former child Idol Singer, whose label dropped her. She now works at a university as a dorm administrator. In every book, someone ends up dead, and Heather investigates while dealing with her crazy co-workers, annoying, cheating ex-boyfriend (also a famous pop star) a police officer who believes she's nothing but trouble, and her huge crush on her roommate/landlord/former flame's brother.
Advertisement:

So far the series consists of five titles:

Tropes in The Heather Wells Mysteries include: