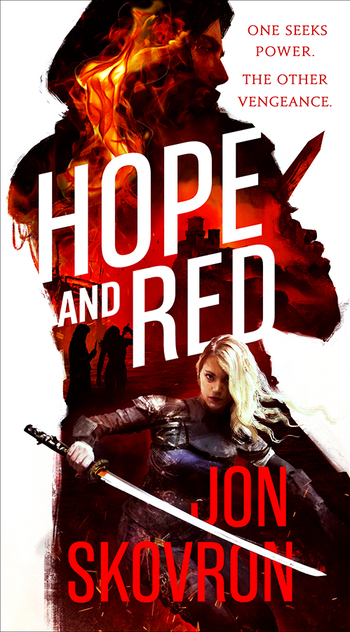 . The second book, Bane and Shadow, was released in February 2017.

From childhood, Bleak Hope trains as a Vinchen warrior, learning to be still and patient when necessary, pursue vengeance with honor, and wield a legendary sword to devastating effect. Her sole purpose is to avenge her village, which was massacred by the emperor's biomancers: magician-scientists who can change nature at will.

Red, an accomplished thief and the son of a celebrated artist, thrives in the criminal underworld of New Laven. He hasn't given much thought to the world outside his neighborhood of Paradise Circle, but the biomancers have turned their thoughts to his neighborhood. Now his home and everyone in it is in danger, and a woman named Bleak Hope has just come into town.

Alternative Title(s): The Empire Of Storms