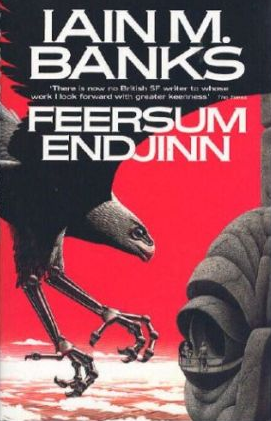 It is set on Earth in the far future, and switches between four viewpoint characters; one of them, Bascule, narrates his sections in Funetik Aksent. (This is the one thing most people know about the novel, to the point that some people are under the impression that the whole novel is like that.) The novel's title is Bascule's name for the MacGuffin, a "fearsome engine" that legend says will save the world from an imminent catastrophe, although legend does not give a clear account of what exactly it will do.