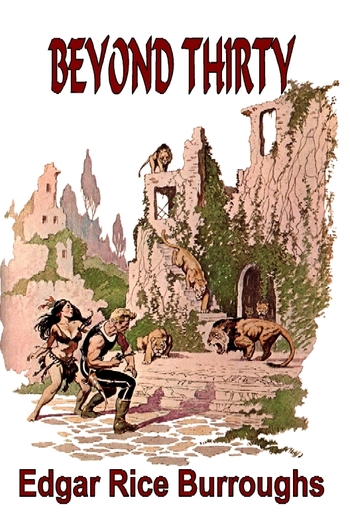 Beyond Thirty (a.k.a. The Lost Continent) is a short science fiction novel by American writer Edgar Rice Burroughs. It was written in 1915 and first published in All Around Magazine in February 1916, but did not appear in book form in Burroughs' lifetime. The work was re-titled The Lost Continent for the first mass-market paperback edition, published by Ace Books in October 1963; all subsequent editions bore the new title until the Bison Books edition of March 2001, which restored the original title.

By the year 2137 Europe has become a largely forgotten, savage wilderness. Fierce bands of hunters rove the crumbling ruins of once mighty, war-ravaged cities. On the other side of the Atlantic a prosperous Pan-American Federation has emerged, claiming all lands and seas between the 30th and 175th longitudes and forbidding contact with the rest of the world. All who cross beyond thirty are sentenced to death. Beyond Thirty is the story of Lieutenant Jefferson Turck and the crew of his aero-submarine, who through accident and sabotage are forced beyond the thirtieth longitude and embark on an epic quest to rediscover the legendary lands of the Old World.

Tropes in Beyond Thirty include: