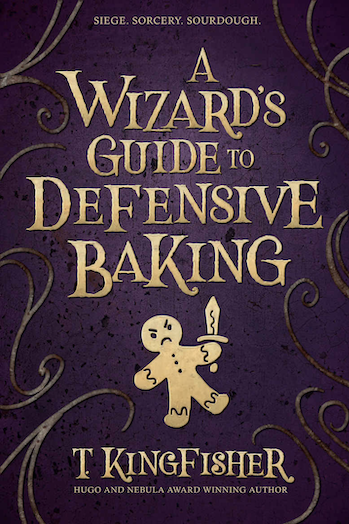 A Wizard's Guide to Defensive Baking is a novel by T. Kingfisher. It won the 2021 Andre Norton Nebula Award for Middle Grade and Young Adult Fiction, as well as the Lodestar Award.

Mona was happy to be an apprentice baker, using her otherwise almost-useless powers to make bread rise and cookies dance. But when an unknown figure starts killing minor magic-workers, Mona is forced to use all her skill to save herself, and her city.