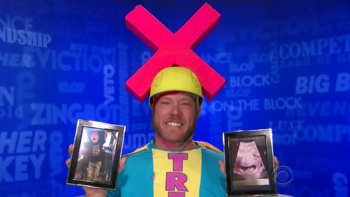 Jason learns on Big Brother his son's gonna be a big brother.