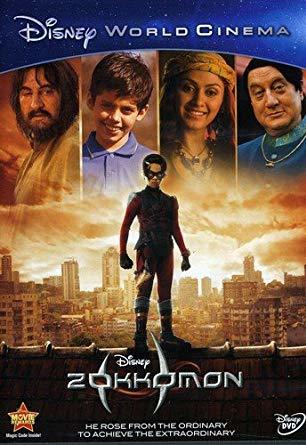 Zokkomon is a 2011 Bollywood superhero movie released by Disney. An orphaned boy is sent to live with his greedy and ill-intentioned uncle and attend his miserable school full of abusive staff until one day, he is abandoned and falsely reported as dead in order to claim his inheritance. Eventually, he develops a heroic persona to aid the town's children and put a stop to his uncle's misdeeds.