Film / That Girl in Yellow Boots 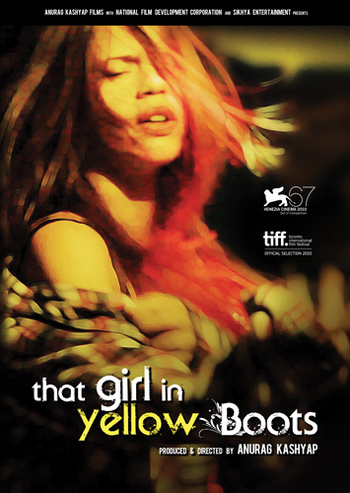 That Girl In Yellow Boots is a Bollywood film released in 2011 directed by Anurag Kashyap, known for his uncompromisingly gritty Hindi movies. Its about Ruth (Kalki Koechlin), a British girl who works as a Masseuse and her search for her Indian father in Mumbai.

It's an entirely different brand of Bollywood.