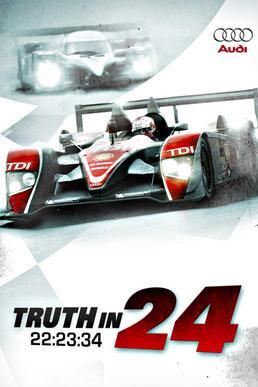 "This year, the Lion (Peugeot) is very fast, you know. But sometimes, when you go to the circus, you see the Lion jumping through the ring. Jumping through one ring is easy. Through two rings is not so difficult. But jumping through four rings, probably get a little more difficult. And sometimes he fall down, the lion."
— Dindo Capello
Advertisement:

A 2008 Documentary film narrated by Jason Statham about the Audi racing team's attempt to win the 2008 24 Hours of Le Mans in the Audi R10 TDI against a car that had been faster all year, the Peugeot 908 HDi FAP. Shortly after its initial airing on ESPN, it was made available for free download on iTunes