Film / The Story of Louis Pasteur 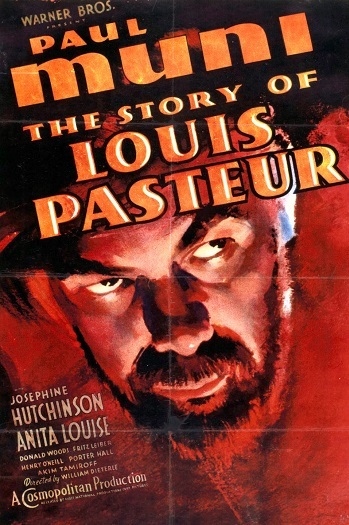 The Story of Louis Pasteur is a 1936 film directed by William Dieterle and starring Paul Muni. Muni is Louis Pasteur, who as the film opens, is already deep in his struggle to convince doctors in 19th-century France and around the world of the truth of the germ theory of disease. Pasteur confronts ignorance, skepticism, and scorn, even as he works to find vaccines for rabies and anthrax.

Paul Muni won the Academy Award for Best Actor for this film. The film was nominated for Best Picture.