Film / The Story of Luke 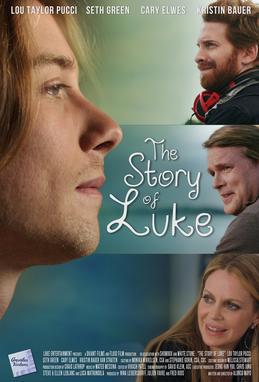 The Story of Luke is a 2012 American film written and directed by Alonso Mayo.
Advertisement:

Luke (Lou Taylor Pucci) is a 25-year-old autistic man living with his grandparents. After his grandmother Maggie dies, his grandfather Jonas (Kenneth Welsh) is placed in a nursing home, and Luke is forced to move in with relatives: his uncle Paul (Cary Elwes), Paul's wife Cindy (Kristin Bauer), and their teenage children Brad (Tyler Stentiford) and Megan (Mackenzie Munro). Paul and Cindy are angry and controlling and make Luke miserable, so he sets out to find a job and a girlfriend so he can be independent.

The Story of Luke contains examples of: