Film / The Revolt of Job 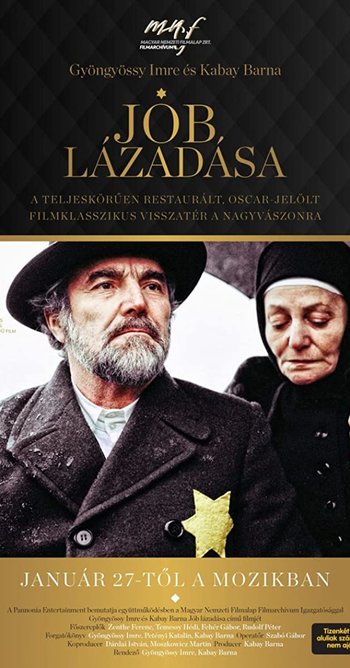 The Revolt of Job (Jób lázadása) is a 1983 film from Hungary directed by Imre Gyöngyössy and Barna Kabay.

The story opens in 1943. Job and Rosa are two Jews in late middle age living in a small village. Having had seven children only for all of them to die young, Job and Rosa have decided to adopt. They go to an orphanage and, in the first scene, adopt Lacko, a little Christian boy. Lacko violently resists being taken away from the orphanage but soon enough bonds with his adoptive parents.

Their happy little home is destroyed barely a year later when the Nazis occupy Hungary, and the genocide of Hungarian Jews, the last phase of the Holocaust