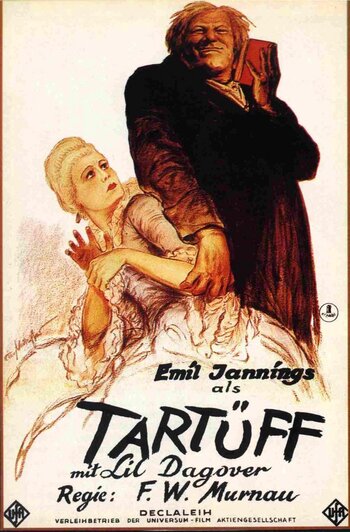 In modern-day 1920s Germany, a wealthy old man is being manipulated by his housekeeper into leaving his fortune to her rather than his grandson. In order to demonstrate to his grandfather how he's being used, the grandson shows him a movie based on Molière's Tartuffe. Most of the rest of the film is taken up with this retelling of Tartuffe, with the storyline about the disinherited grandson serving as a Framing Device.

Tropes in the modern-day frame story:

Tropes in the actual Tartuffe adaptation: