Film / Siege of the Dead 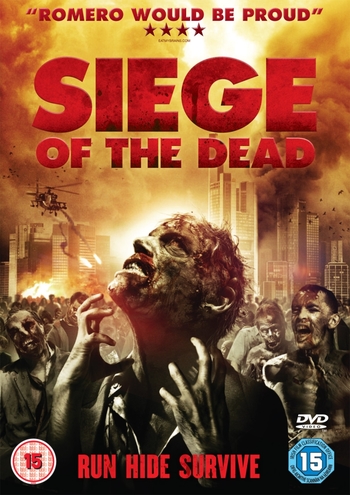 Rammbock (or Siege of the Dead as it's also known) is a German zombie movie set in Berlin. It follows Michael as he sets about patching things up with his long-time girlfriend. Unfortunately for him she's out and the plumbers are in. Oh and also the zombie apocalypse has descended on Germany.

Teaming up with young plumber Harper, Michael seeks to survive in the chaos while trapped in a small, only partially finished, apartment. Almost if the apartment was under "siege" from the "dead" if you will. To overcome this he breaks down the walls of the building to gain access to the outside world using a battering ram or "Rammbock" in German.

A rather subtle horror movie focusing more on the characters than the zombies and perhaps giving the viewer a more realistic take on the zombie apocalypse.