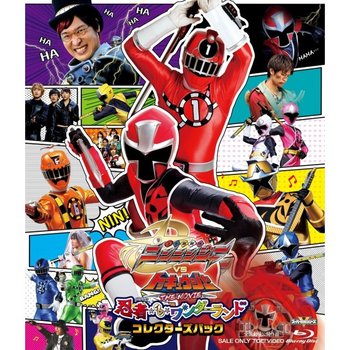 The crossover between Shuriken Sentai Ninninger and Ressha Sentai ToQger.