Film / Secrets of the Heart 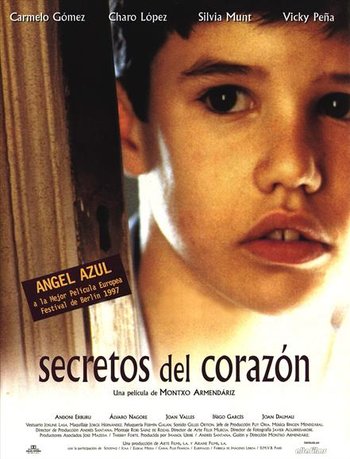 Secrets of the Heart is a 1997 film from Spain, directed by Montxo Armendariz.

The protagonist is Javi, a boy of approximately ten years old. Javi and his older brother Juan spend the week with their aunts Rosa and Maria in the city, where they attend a private Catholic school. On the weekend they take the bus to their home, a farmhouse in a rural village, where they live with their mother Teresa and uncle Ignacio, their father Antonio having died some years before. Over the course of the Easter holiday, the relentlessly inquisitive young Javi will discover some long-hidden truths...it seems the family is hiding several secrets.