Film / Night Witches of the Sky 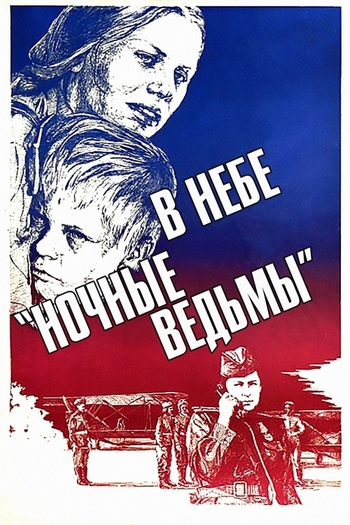 Night Witches of the Sky is a 1981 film from the Soviet Union, directed by Yevgeniya Zhigulenko.

It is about the 588th Night Bomber Regiment of the Red Air Force, nicknamed the "Night Witches

". They were an all-female squadron of precision dive bombers that served on the front lines of the war against Germany from 1942 to victory in 1945. They flew obsolete canvas biplanes that were surprisingly effective in tactical bombing against German infantry, due to their ability to glide silently to their targets, their ability to fly low, and their slow speed, which was too slow for the German fighter planes that tried to shoot them down. (The German planes would stall out.)

The date is not specified but it is sometime 1943-44, during the long Soviet liberation of their country but before the final push into Germany in 1945. The central characters are two pilots, partners in the same plane, Oksana and Galya. Oksana has a husband out there, somewhere; they have lost touch with each other in the chaos of war and she's not even sure if he's alive. Meanwhile, Galya has struck up a romance with Kostya, a fighter pilot who gave her a lift when she was discharging herself from the hospital and sneaking back to the front.

On one particular mission Oksana and Galya spot a peasant farm cart which is lying on the side of the road, shot up by a German fighter pilot. They land their plane and find that the mother is dead, but her son, a boy of maybe 12 named Fyodor, is alive and unhurt. Oksana and Galya toss Fyodor into their plane and fly him back. Soon tension arises as both Oksana and Galya seek to mother the boy, while the squadron commander points out quite reasonably that a front-line bomber unit is no place to keep a child and Fyodor needs to go to an orphanage.

Director Yevgeniya Zhigulenko was, believe it or not, a Night Witch herself.