Film / Made in Mongolia 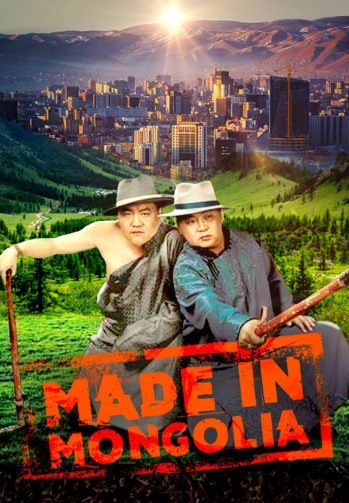 Bodi is a herdsman, a nomad from the Mongolian countryside. He receives notification that his father, whom he has not seen in twenty years, has died, and has left him a house and a lot in the capital of Ulaanbaatar. He comes to the capital with his best buddy Boldoo, who supposedly has some experience of visiting the city, tagging along.

The two country nomads, used to living in yurts on the vast empty plains, are overwhelmed by Ulaanbaatar, a crowded metropolis of over a million people.note Nearly half the population of a country more than twice the size of Texas. They find the house that Bodi has inherited, and are disappointed to find a crumbling one-room concrete structure in the slums. However, it turns out that while the house is most underwhelming, the location is very valuable. The city is rapidly expanding, and a corrupt real estate baron named Hujee wants Bodi's plot of land, along with the rest of the neighborhood, in order to build modern apartment complexes. And he will stop at nothing to get it.