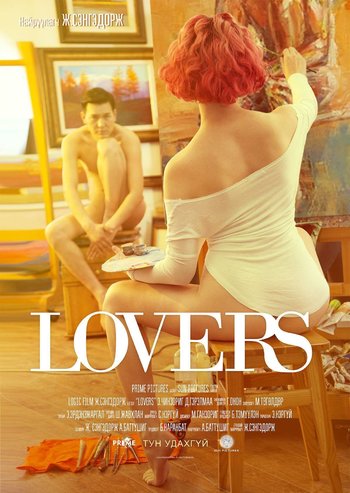 Lovers is a 2016 film from Mongolia directed by Janchivdorj Sengedorj.

Garid is a young businessman, a high-powered executive, who has returned to Mongolia after being educated at Yale and Oxford. While out in the vast Mongolian countryside scouting for construction locations, his SUV gets stuck in a creek. Needing a place to stop for the night, Garid walks to a nearby cabin, and meets Saruul, a sexy young artist. Saruul is the sort of person who likes to run naked in the woods and paint horses in psychedelic colors. She paints a nude portrait of him, and soon the two are having a torrid affair.

Garid goes back to the cabin in the country and finds Saruul gone. He's distressed, as he has no contact info for her, but soon enough she looks him up in Ulaanbaatar and gives him the portrait. The two are soon back to their frequent, vigorous sex, but Garid's skeptical coworkers, as well as a silly misunderstanding, threaten to break them up.