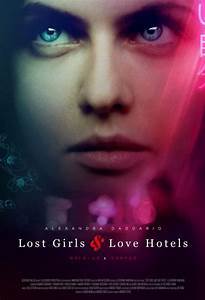 American expat Margaret lives in Tokyo, Japan, teaching Japanese women training to be flight attendants correct English pronunciations. By night, she gets drunk with other expats and hooks up with random Japanese men in Tokyo's many love hotels. This causes her to often show up at work tired and late, which concerns her school instructor Nakamura.

Crossing paths with Kazu, a Yakuza enforcer, Margaret is drawn to him and they begin a relationship. Kazu tries to help Margaret with her demons, but leaves her after this fails. Margaret sinks into more increasingly self-destructive behavior, despondent after this.