Film / Lisa and the Devil 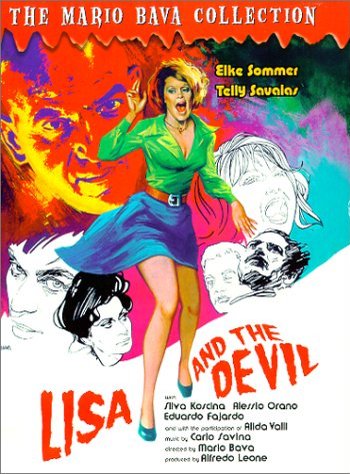 Lisa and the Devil is a 1973 horror film by Mario Bava.

The story revolves around Lisa Reiner (Elke Sommer), an American tourist in Toledo, Spain. Upon seeing a painting of The Devil in the town square she comes across Leandro (Telly Savalas), a mysterious butler resembling the devil in the painting. Getting lost, she is given a ride by a kind couple and they end up staying in a mysterious mansion full of dark secrets and Mind Screw.

The film's confusing nature made it bomb at the box office. When the film was brought to America (under the title House of Exorcism) it was heavily edited from the original version and had a different story to be closer to The Exorcist, which was growing in popularity at the time. It did even worse than the original.