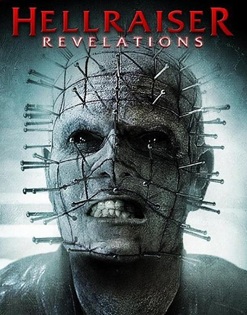 Revelations is the ninth Hellraiser film, released in 2011.

Two friends disappear during their vacation in Mexico, and the truth behind it is about to wreck two families with Cenobite-related trickery.