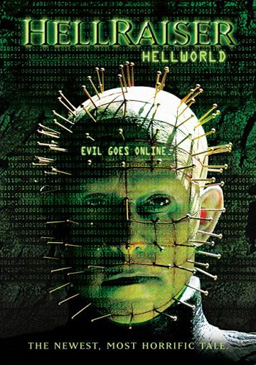 Hellworld is the eighth Hellraiser film, released in 2005.

Group of fans of Hellraiser themed game Hellworld are invited into a party modeled after it by a mysterious host (Lance Henriksen), which turns out to be deadlier than expected.

Hellworld has the examples of: