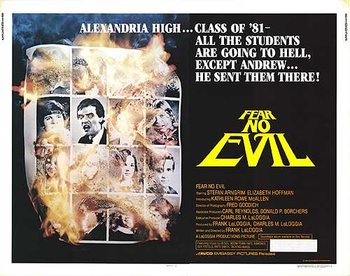 Fear No Evil is a 1981 horror film written and directed by Frank LaLoggia and starring Stefan Arngrim, Elizabeth Hoffman, and Kathleen Rowe McAllen. In the movie, a high-school teenager named Andrew Williams turns out to be the living personification of Lucifer, and two archangels appear in human form (as women) to take him on.