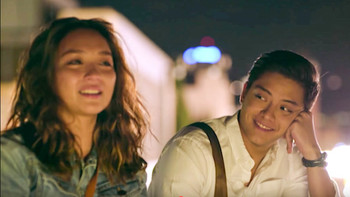 Barcelona: A Love Untold is a 2016 Philippine romance drama film, directed by Olivia Lamasan, starring Kathryn Bernardo and Daniel Padilla. The film was produced and released by Star Cinema and was released on September 14, 2016.

It follows Mia (Bernardo), a Filipino expatriate in Spain trying to escape her past. There, she is helped by a young architecture student, Ely (Padilla), who is dealing with grief. The fact that Mia is an Identical Stranger to his deceased girlfriend doesn't help.

This film, along with several other Bernardo/Padilla films such as Crazy Beautiful You, is globally available on Netflix with English subtitles.