Fanfic / Fight for the Lost 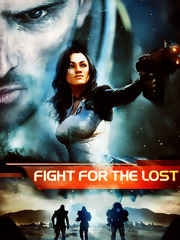 Fight for the Lost

is a very, very popular fan novelization of Mass Effect 2 written by LuxDragon

. The story expands upon the original content to make it more realistic, while also providing fresh and insightful character development, while remaining largely loyal to canon.

Has three sequels, Legacy of the Shadow Broker

and The End of an Era

This story provides examples of the following: