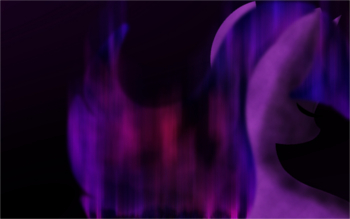 "Besides, I think we've met our disaster quota for the year. I don't expect any trouble while I'm gone."
— Princess Celestia

is a completed My Little Pony: Friendship Is Magic fanfic by PonyholicsAnonymous.

In the years since her return, Luna has failed to reconnect with Equestrian society, and is once again becoming distant from her sister. Celestia takes advantage of a foreign crisis to leave Equestria, forcing Luna to rule alone for a time. She calls on Twilight Sparkle to advise Luna, hoping her protege can teach her a few lessons about friendship while she helps Luna rule.

However, all is not well in the city of Canterlot. The night after Celestia departs, the body of a pony is discovered in the city, sacrificed in an arcane ritual using knowledge that only the royal sisters should possess. Twilight and Luna race to stop the killer before he strikes again, while attempting to discover his ultimate nefarious purpose.