Unnamed Paper Mario Story(working title, obviously) is a Paper Mario fanfic/comic/game. It's so early in the concept stages that the exact medium hasn't been decided yet. 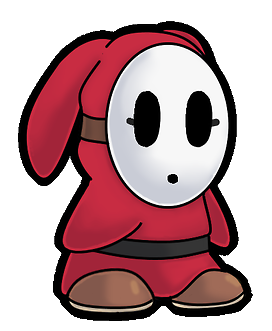 A Shy Guy (or Gal, technically) with bunny ears. She's apparently searching for a place where she can feel like she belongs. 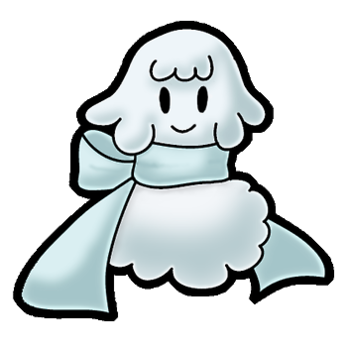 An ice spirit, and Madame Flurrie's beloved niece. A plucky college student who longs to break the monotony of daily life and go on an adventure like her aunt once did. 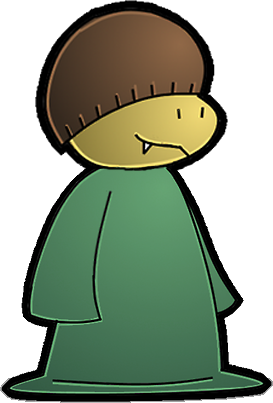 some caption text
“But still, even if Grams is a complete jerk to me, I can't just hate her. She's the only family I have left, you know? ...Yeah, you... probably wouldn't know, huh.” — placeholder source.

A young Magikoopa, and Kammy Koopa's grandson. He lost his parents at a young age, so he's been living with his Grams for most of his life.

Penny P. Pennington
“It doesn't matter how old I am, what matters is that I'm a detective!” — placeholder source.

A pint-sized penguin that wants to be a detective. She reads a lot of Herringway novels, and absolutely idolizes Pennington, from whom she derives her 'detective name'.

A Buzzy Beetle who slept for so long, her shell grew crystals.