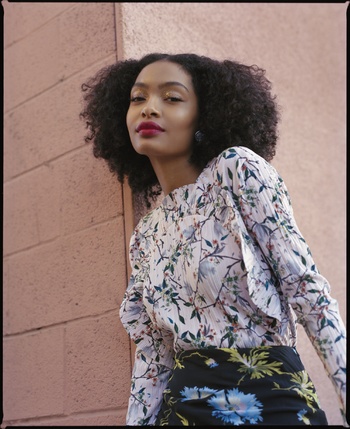 Yara Sayeh Shahidi (born February 10, 2000 in Minneapolis, Minnesota) is an American actress, voice actress and activist. She is of Iranian descent on her father's side, while her mother has African-American and Choctaw ancestry.

Shahidi is best known for her lead role as Zoey Johnson in black•ish, as well as starring in the Spin-Off grown•ish. She is also an activist, in particular with engaging young people to vote and to be socially conscious.