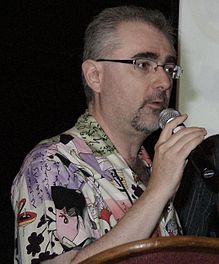 Laws has also contributed to Jonathan Tweet's Over the Edge (1992) and to Kenneth Hite's Trail of Cthulhu line for GUMSHOE, wrote the Dungeon Master's Guide II (which, included, among other things, the first official D&D Player Archetypes list) and some supplements for both Vampire: The Masquerade and Vampire: The Requiem, and penned two Pathfinder Tales novels: The Worldwound Gambit and Blood of the City.