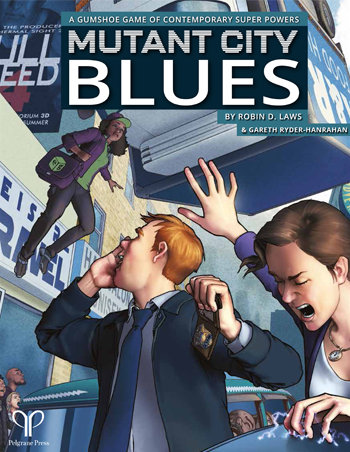 Mutant City Blues is a role-playing game created by Robin D. Laws published by Pelgrane Press in 2009, and which uses the proprietary GUMSHOE System.

In a world where 1% of the population has gained mutant powers police procedure has changed forever. The characters are members of the Heightened Crime Investigation Unit that specializes in crimes involving the mutant community. If a crime was committed by a mutant, it's the Unit's work. If the crime was committed against a mutant, it's the Unit's work.