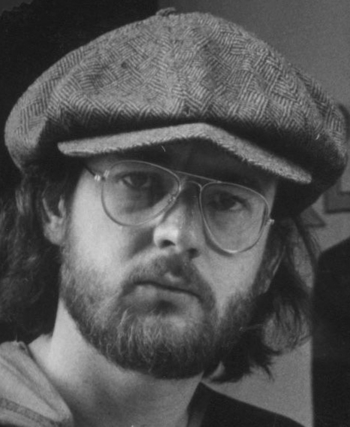 Michael O'Donoghue (January 5, 1940-November 8, 1994) was an American writer and performer best known for his work on Saturday Night Live and his pitch black humor.

He was married to Janice Bickel and Cheryl Hardwick (the latter of which worked on Saturday Night Live's house band in the 1970s).

O'Donoghue died in 1994 at the age of 54 from a cerebral hemorrhage after years of suffering from migraine headaches. O'Donoghue was the oldest SNL cast member (at 54 years old) to die until Charles Rocket committed suicide in 2005 (at age 56), and both were beaten when Tom Davis (a fellow "Not Ready for Primetime"-era writer and occasional cast member for SNL; often paired with Al Franken to form the comedy duo "Franken and Davis") died of cancer (at 59) in 2012.