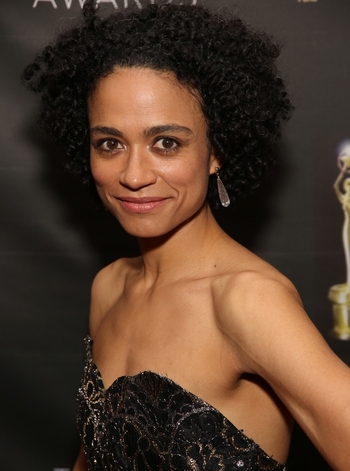 She was born deaf to hearing parents, a Mexican-American father and an African-American mother. She started out as a teacher before being hired as a consultant for a revival of the Broadway play Children of a Lesser God, starring Joshua Jackson. The director of the play was impressed with Ridloff's performance during a read-through of the script and cast her in the lead role. She was nominated for several awards, including the Tony Award for Best Actress. In 2018, Ridloff made her debut on The Walking Dead playing Connie, a character from the source material. In 2021, she starred as Makkari in Eternals, making her the first deaf superhero in a Marvel film (the character is a White, hearing man in the comics).

Her husband, Douglas Ridloff, was a consultant on A Quiet Place. They have two sons, both deaf like her.