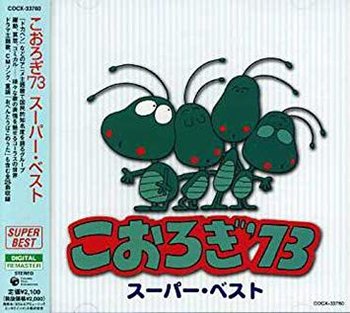 Japan's Best Backing Vocal Unit
Koorogi '73 (こおろぎ'73) were a Japanese group, they were backing vocalists for some well-known singers. They focused on performing theme tunes for anime, doramas and tokusatsu series.The unit was formed in 1972, its formation varied as some joined and other left.Sometimes, they're referred to as the 'Fifth Heavenly King of Anime Song'.They were disbanded on 1990.
Advertisement: