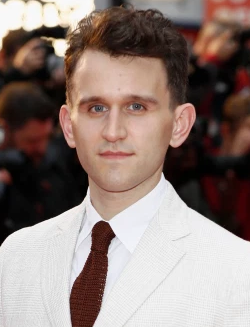 Harry Edward Melling (born 1989) is an English actor best known for playing Cousin Dudley in the Harry Potter movies. After the conclusion of that franchise, he did stage for some time before reemerging in the late 2010s as a character actor in various genre films and shows, including a threefer of major supporting roles for Netflix in 2020: The Queen's Gambit, The Old Guard, and The Devil All the Time.
Advertisement:

Melling's maternal grandfather is Patrick Troughton, and he's a cousin of Sam Troughton.