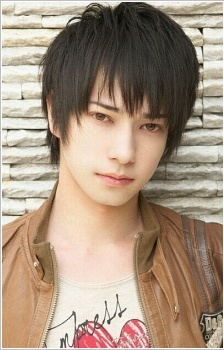 Arthur Lounsbery (ランズベリー・アーサー) is a new coming seiyuu. He was born in California but grew up in Japan. He is ¾ Japanese, ¼ American. His voice is often described as being ikemen and pleasant to listen to. Not to mention he is quite an ikemen himself in real life. He also has a nice singing voice, naturally gentle and charming. "Limited sky", in particular, really knocks it out of the park.