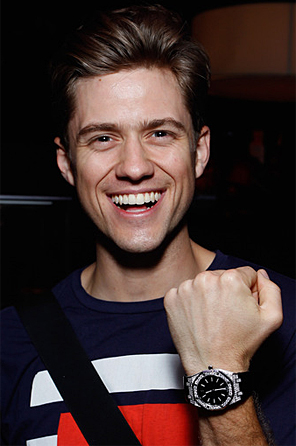 Screenwise he's known for his portrayal of Enjolras in the 2012 film version of Les Miserables and for being the star of the TV series Graceland, in which he plays undercover FBI agent Mike Warren.