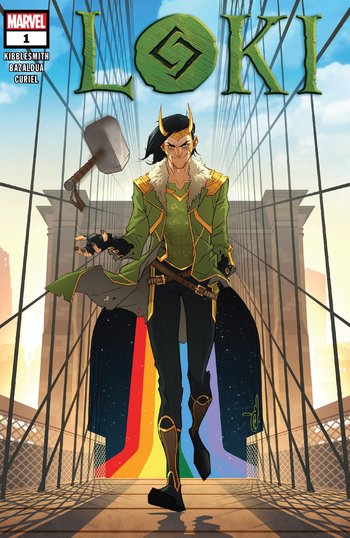 The God of Lies/Stories/Nothing.
Advertisement:

Loki (2019) is a comic book series by writer Daniel Kibblesmith and artist Oscar Bazaldua. It stars Loki following the War of the Realms event.

After being reborn once again and killing his birth father Laufey, Loki has become king of the Frost Giants of Jotunheim. He’s finally gotten what he’s always wanted, a throne. Only problem is Victory Is Boring! After creating a sentient Snowman Frosti as a stand in for their kingly duties, Loki sets out to do something new. Become a hero. No, for real this time!