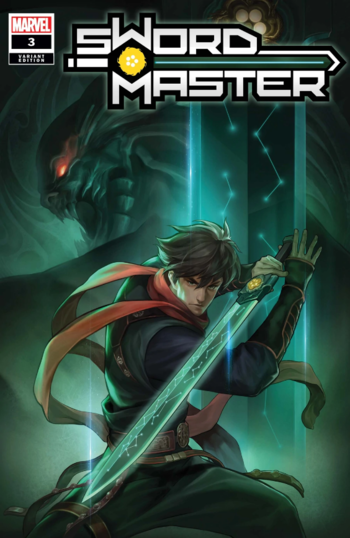 Sword Master was a 12-issue series published by Marvel Comics as part of the Marvel: A Fresh Start initiative. The series was created for the Chinese market by artist Gunji and writer Shuizhu in a collaboration between Marvel Comics and NetEase. It is translated to English by Greg Pak.

After receiving an ancient divine sword from his archaeologist father, Lin Lie, the last living descendant of the mythological hero Fu Xi, takes up the family duty of ensuring that Chiyou, The God of War, remains sealed away.

See here for the continuation of Lie's story.

See here for his Character page.