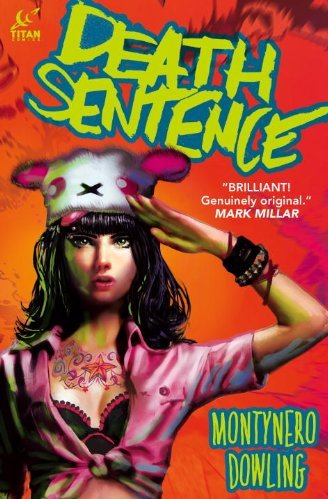 Death Sentence is a comic-book series by Monty Nero and Mike Dowling.

In the very near future, people across North America and Europe are contracting the G+ Virus, a sexually-transmitted disease that grants those who have it potentially incredible powers... but also death after six months. What do you do with just six months? This is the question that faces Verity, a frustrated graphic artist, Danny "Weasel" Waissell, a burned-out rock star, and David "Monty" Montgomery, an egomaniacal comedian.

Not to be confused with the Brian Garfield novel or the film loosely based on it.