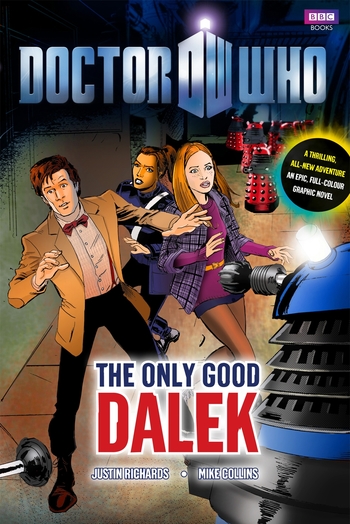 As if the Doctor Who Magazine comics strip and the IDW Doctor Who comics weren't enough, in 2010 BBC Books started publishing hardbound original graphic novels set in the Whoniverse, using talent from the Doctor Who Magazine strip. So far, two have been published, The Only Good Dalek (2010) and The Dalek Project (2012), both by Justin Richards and Mike Collins and pitting the Eleventh Doctor against, as the titles suggest, the Daleks.

These graphic novels provide examples of: