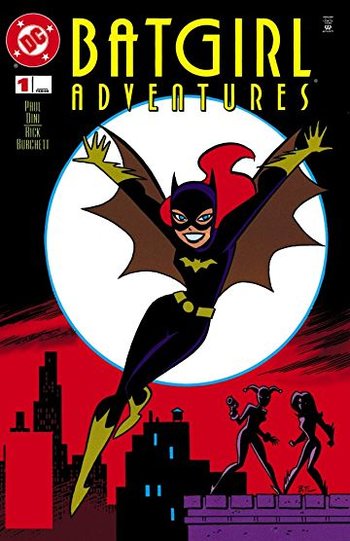 Batgirl Adventures is a one-shot released in 1997 based of Batman: The Animated Series, in the continuity of the New Batman Adventures.

It features Batgirl during the Christmas holidays, as she runs into Harley Quinn, who was looking for a member of the Bat-Family to help her save Poison Ivy.

Compare to The Batman Adventures, a tie-in comic series to Batman: The Animated Series.