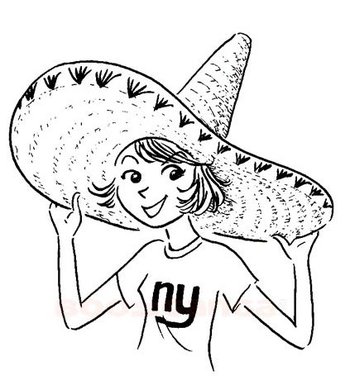 "It was a battle of wits. And I won f-f-fair and square. Well, maybe it wasn't totally fair because Mr. Kant's a half-wit, but I got three times more laughs than he did."
The protagonist, a troublemaker and class clown.
Jacky: Good afternoon, idiots. Wh-wh-what are you guys in [detention] for? Mispronouncing your own names?
Bubblebutt: We're here because we like to make dumb, stuttering girls c-c-c-cry.
Jacky: How? By burning off their eyebrows with your bad breath?
Ms. Alvarez: You come from a large family, correct?
Jacky: Well, no one is actually large. Hannah is what you might call pleasantly plump. She has a sweet tooth. Not sure which one it is. Probably a canine.