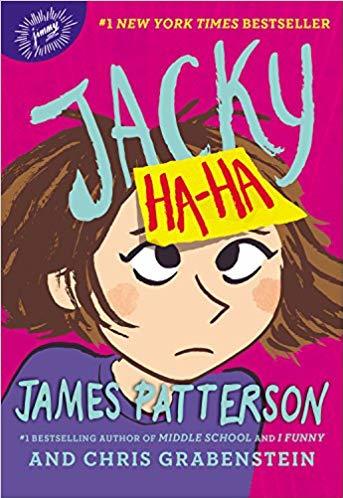 Jacky Ha-Ha is a children's Coming of Age novel by James Patterson and Chris Grabenstein as a spin-off to the I Funny series, starring Jacky Hart, the fictional Saturday Night Live actress in I Funny, in her childhood in 1990. As the Class Clown with a stuttering disorder, she's nicknamed "Jacky Ha-Ha". The assistant principal suggests Jacky participate in the school play instead of serving detention as long as she doesn't get any new punishments, meaning she has to find a way to behave better.
Advertisement:

The book later received a sequel, Jacky Ha-Ha: My Life is a Joke, and a graphic novel adaptation.