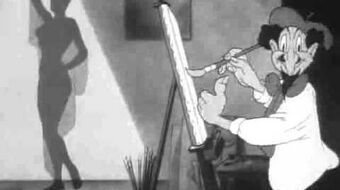 The cartoon has no plot to speak of, and is a string of spot gags travelogue spoof in the vein of Tex Avery, with narration provided by Elmer Fudd (who is offscreen for the whole picture).