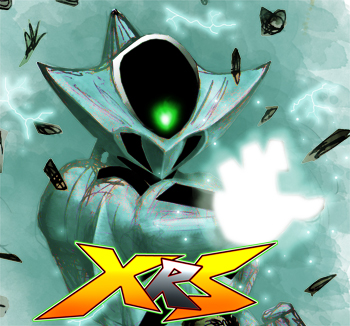 Allen Grey in the XRS

is a science fiction webcomic that was created by Rom Jean. The comic follows American air force captain Allen grey as he tests a new prototype combat suit known as the XRS (Experimental Radio Suit). As a test pilot it is up to Grey to test the limits and capabilities of this top secret new weapon in a series of missions. Grey soon realizes that the longer he is in the suit the less he really knows about it's full capabilities and ultimate purpose. What he doesn't realize is that his quest for answers would unleash the greatest turmoil the earth has ever known.

Currently XRS is on hiatus.