Webcomic / Welcome to the Convenience Store 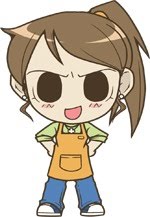 Midnight snack needed? No problem! Drink after work? We're on it! Craving a pack of cigarettes? We'll be happy to serve you, as soon as you show your drivers license...
Advertisement:

Welcome to the Convenience Store is a weekly gag manhwa that follows the lives of three employees, their manager, and all the different people they serve. Whether it be sorting out snacks by expiration date, trying to work the cash register, or just dealing with troublesome customers, the tales of this 24/7 store will be sure to elicit a smile and warm the heart.

This webtoon is written and illustrated by Ji Gang Min, who hosts it in its original language on Naver

. An English translation was done with 110 chapters before it was dropped due to Naver representatives going after unofficial translations.

600 chapters have been published in Korean.

Officially made into a 2-season animation series. It can be viewed here

This webtoon shows examples of: