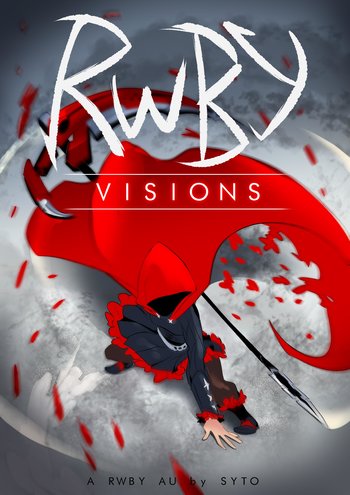 REMNANTS (originally known as RWBY: Visions and RWBY: Cherish) is a rewrite webcomic by SYTOkun

based off of the web animation RWBY. It revises the lore and characters in order to revamp the series.

Originally planned as a webcomic, it has since taken the form of animatic-style videos on Switchback's YouTube channel

and the WorldAnvil page.

announced that the whole series will be going into an entirely new direction with original content, characters, and setting.

that the series is renamed, REMNANTS.