Webcomic / Far Out There 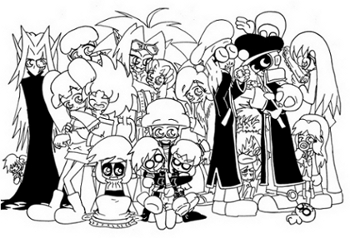 Yes, the cast is large
Advertisement:

is an often cute, sometimes-dark-humored ensemble webcomic by Simon Ladd. It's the comic where things happen... IN SPACE!!!