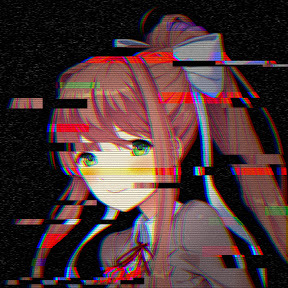 is a YouTube channel that — much like The Bike — specializes in making fan mods for the psychological horror visual novel Doki Doki Literature Club!. As with any of these channels, several videos are suggested by their subscribers.

For personal reasons, he had removed his videos on his main channel. On the bright side, he has allowed another Doki Doki Literature Club!-centered channel, Spaghetto, to upload them onto his account. His playlist can be found here

This channel has examples of: